A Dragon’s Den lingerie chain has been accused of depicting women as “sexualised domestic beings” for having a window display of scantily-clad mannequins doing the laundry.

The lingerie store was accused of “demeaning women with outdated ideology” – but said that they had misjudged the window display as simply “fun and engaging”.

Boux Avenue said the displays would be taken down from their Brighton shop and not repeated across its chain of national stores.

The complaint was filed by Sarah Derby, a 23-year-old student, who questioned why the firm had not chosen to display attractive women in the House of Commons, laboratories or the sporting field.

Theo Paphitis’ Boux Avenue is not the first national chain to feel the pressure of campaigners, but big businesses are having to take notice of women’s rights to keep ahead of the game.

What do you think? Was Boux Avenue being offensive or was this just harmless fun? 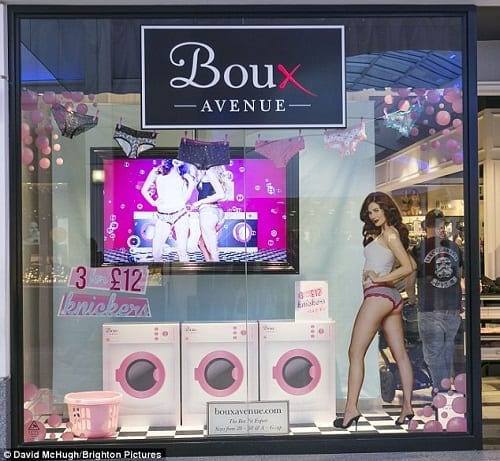