BHS sold for £1 – The secret behind the sale

It’s not every day that we get to see one of the top fashion retail display stores in the UK raise the white flag, but BHS hit headlines recently after Sir Philip Green sold the entire company for only £1.

The mogul’s decision to finally let go of his 15-year business venture was a surprising one, even for those in the retail industry. The new owners have been the subject of much speculation due to their suspiciously recent appearance in the industry.

We all know BHS as a leading retail brand, with popular branches in most UK cities, over 11,000 employees and 180 outlets. Perhaps less widely known is that they were previously managed by the Arcadia group (who still own Topshop, Burton, Evans and others). However, their financial situation has been deteriorating behind the scenes. In fact, the high street stalwart was incurring losses of up to £70 million in 2013, with over £100 million of pension liability.

The company was bought by a group called Retail Acquisitions. It was set up just last December by city financier Keith Smith, former director of Nabarro Wells finance house.

Rumour has it that the investment company was created purely to snap up BHS, and has been eyeing even more surprise acquisitions. According to BBC reports, the board of directors include former Formula 3000 driver Dominic Chappell, lawyer Edward Parladorio and former bank adviser Lennart Henningson. The newly-formed corporation does not yet have a chairman, an office or even a website. They have been previously named as Swiss Rock Ventures.

We know you must be wondering. Why would Sir Philip Green sell the company for just £1?

The reality is of course that BHS has been draining huge amounts of money for some time, and despite the best efforts of its owners the chain has failed to keep up with the rapid changes seen on the high street. As the demand for traditional department stores continues to decline, with even Marks & Spencers having to fight for their reputation, experts predict BHS will not see any kind of turnaround. It is now predicted that it might follow in the footsteps of other variety stores like Woolworths who were unable to battle through the tougher post-2008 economy. As for Sir Phillip Green, he has been negotiating with potential buyers for a long time and will be glad to be rid of the liability.

What can we learn?

Succeeding in the retail fashion industry is a game to be played at your own risk. Clearly, keeping up with the fast pace of the industry is the most important goal you can set yourself if you want to survive in the long term. If you think Valentino’s Displays can help you with our retail experience and fantastic products to help your store stand out, take a look at the rest of our website. 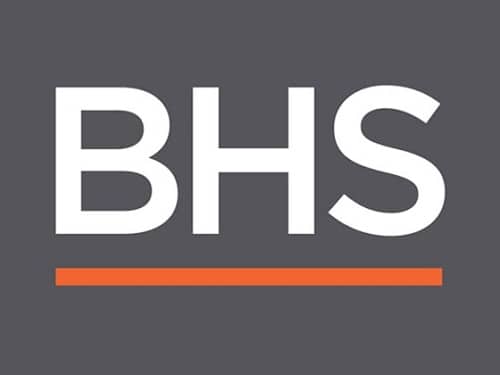