The Christmas shopping season is now in full swing with British consumers estimated to have spent over £700 million on online shopping yesterday. But is the speed at which Christmas sales are transferring from the high street to the internet causing retailers’ web operations to struggle with the demand?

Retail experts had predicted that yesterday, the second Monday in December, named ‘Manic Monday’, would be the biggest online shopping day of the year before Christmas. But with the success of Black Friday this year, consumer spending patterns have gone out of the window. As Black Friday saw an estimated £820 million spent online in just 24 hours. This was almost 50% more than retail experts had predicted.

As a result of Black Friday spending, retailers are still trying to keep up with the backlog of orders and deliveries. Many online retailers having to warn customers that their deliveries may be late due to demand. However, this has frustrated shoppers more, which has forced consumers to turn to social media to complain about the delays.

It has been predicted that throughout November and December UK retailers will have dispatched 210m packages to consumers. Nearly a quarter of the annual parcel volume dispatched in just two months.

Have you had to wait longer than expected for delivery since Black Friday? Do you think retailers need to be more prepared for occasions like Black Friday and Cyber Monday? Do you understand that they have a lot of orders to fulfil? We would be interested to hear your thoughts and suggestions about how UK retailers can improve their web operations and delivery processes. 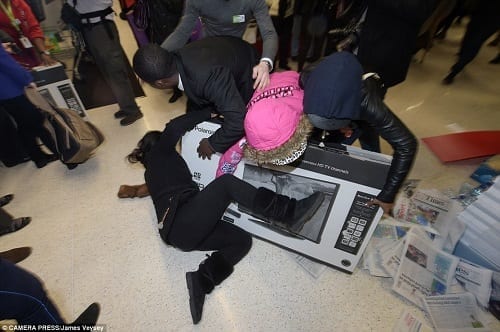