Delivery delays expected after a surge in online shopping

Fears of Christmas deliveries being late has escalated. The second-largest delivery service in the UK, Yodel, confirming it has stopped picking parcels up from retailers because it’s struggling to deliver the vast amount of online orders.

Yodel not coping with demand

The delivery company which is used by retailers such as Argos, Amazon, Tesco Direct and Boots, has admitted that is unable to cope with a surge in demand following Black Friday and Cyber Monday sales. That saw spending 50% higher than the industry had expected and has temporarily suspended new collections from retailers.

The delivery company have confirmed that they’re working through the backlog of deliveries and hope that the logjam will be cleared later today (Monday 15th Dec). The courier firm has promised customers that they will get their deliveries to them in time for Christmas.

The increase in spending on Black Friday, Cyber Monday and Manic Monday has caused the delivery service to fail. On top of this, there is a reported 60,000 shortage of delivery drivers in the transportation industry. This Christmas has seen immense pressure on retailers to deliver and has obviously caused a number of logistical challenges. Ultimately this has caused consumers to have to wait for their parcels.

Due to the demand, last week Marks and Spencer had to double their delivery times and suspend all next-day deliveries. Online retailer, Amazon, also faced challenges in trying to fulfil orders and have admitted that some customers had to wait longer than expected for their parcels.

This isn’t the first time that Yodel has hit the headlines with customer criticism. Earlier in the year Yodel was named the UK’s worst courier service for the second time in a row. 58% of their customers reported having had a bad experience with the company.

What do you think, is Yodel to blame for the late deliveries? Should retailers have predicted this and have been more prepared? Have you been put off placing orders online because of the delivery delays? Tweet us your thoughts @vdisplays or visit our Facebook page. 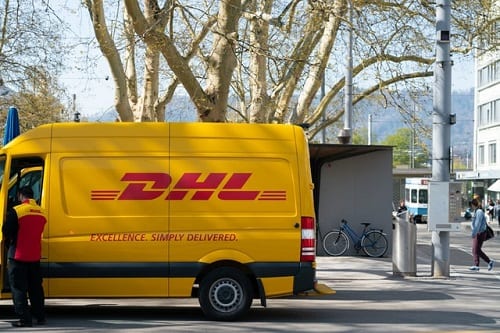