London retailers based in the West End and Knightsbridge shopping districts are pledging the creation of 2,000 jobs once trading hours during Sundays are extended.

A prominent supporter of the pledge includes the Mayor of London himself, Boris Johnson. Other notable backers include leading retailers Harrods, Fenwick’s, and the Arcadia Group.

The pledge was made after it was revealed just last week that the Treasury is going to consider granting powers for prolonging retailers’ trading hours to local areas. George Osborne, Chancellor of the Exchequer and Second Lord of the Treasury made the announcement while citing research by the New West End Company.

In the research, carried out by Volterra Partners, it was stated that two more hours of trading during Sundays would give Central London businesses an extra £260 annually and also add 2,000 full-time retail jobs.

The research further mentioned that extending the trading hours on Sundays, combined with Crossrail’s launch, would cause West End turnover to have as much as a 100% uplift. This means it could reach as much as £16 billion by 2025, compared to £8.8 billion last year.

New West End Company has launched its plan to have more jobs at the same time that their new manifesto, Charter for Growth, is to be released. They represent around 600 retailers in the area and their new charter is about modernising Sunday trading laws. In addition, the charter also calls for action regarding air quality, an updated approach to infrastructure, and a planning system for advancing their global competitiveness. 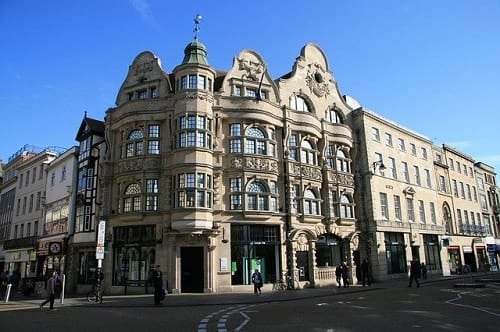 About us – Valentino’s Displays

Valentino’s Displays is one of the leading suppliers of retail display products within the UK. We are known for the exceedingly high quality of our products as well as our wide selection. We are committed to making sure that each and every one of our customers are satisfied with the kind of service we offer. To top it all off, our prices are also designed to be very reasonable for the high quality, since we want to support other businesses of all sizes. Check out our online shop to see what we have in stock for you.