Some unexpectedly high temperatures earlier this year helped to boost this quarter’s retail sales, making the best figures since June 2014, according to British Retail Consortium and KPMG.

KPMG Retail boss David McCorquodale added that the substantial increase can be partly attributed to the high demand of spring-summer clothes and footwear, as well as other consumers taking advantage of Easter bargains and generally nicer outdoor shopping conditions.

The latest industry reports reveal that retail stores’ revenue grew by more this spring than in the same period last year, showing another small increase in people’s willingness to spend despite the deflation of prices we are currently seeing.

Although available data shows that April sales fell by 2.4% compared to the preceding year’s 4.2%, the difference is said to be due to Easter falling in March this year as opposed to April of last year. The Bank Holiday weekend tends to boost figures wherever it happens to land.

The three-month average increase is mainly explained by non-food sales, led by the fashion and beauty sector who took advantage of the (briefly!) hot weather. This unexpected turnover compensated for losses last autumn/winter when relatively mild weather led to many shops overstocking their retail displays with heavy winter clothing.

The quarter also showed a 0.4% improvement in total food sales, notwithstanding their 0.6% decrease for the last 12 months. BRC director Helen Dickinson further commented that this was reasonably encouraging if you consider the economic conditions still facing retailers.

Further reports have shown that the home improvement industry had the worst numbers, but the KPMG head added that this was to be anticipated due to Easter arriving early. The sector has seen mixed results recently with chains like B&Q and Tesco making pre-emptive store closures.

Looking forward, McCorquodale suggested that with Princess Charlotte’s birth and the continuously increasing warm weather, a promising future awaits the retail industry. Consumers are now beginning to regain trust in the economy and are encouraged to spend more.

Business owners will also be hoping that the new Conservative government will honour their word of not adjusting current tax rates in order to sustain these modest improvements. 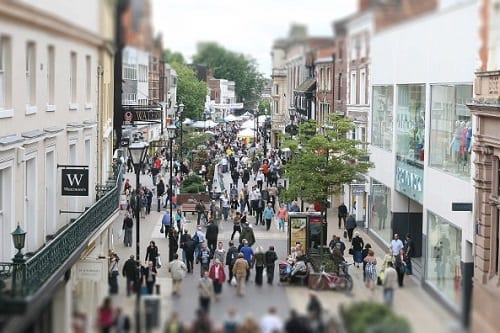