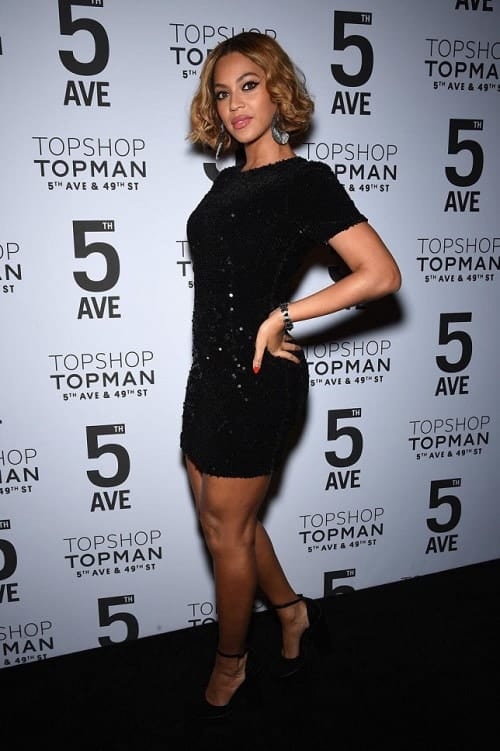 Not only is she set to partner with the brand on a new active-wear range – bring on the sassy sweatpants – but she’s also regularly spotted out and about in their dresses.

She wore the flocked sequin bodycon dress to party with store boss Philip Green, along with celebs and supermodels.

Beyoncé was not the only celebrity Topshop fan to make an appearance. Supermodel Cara Delevingne, who is currently the face of Topshop’s Autumn/Winter 2014 campaign, also showcased her style.