We’re coming to the end of 2015, and if you’ve been following our blog you’ll know there have been more than a few interesting developments in retail technology recently. The industry is always fighting against time and consumer demands. Staying current and fitting in with modern lifestyles. So what’s the next step for retailers wanting to keep up with the pace?

According to Argos, the massive British retail chain, the biggest cause of annoyance for UK consumers is the struggle of fighting through slow crowds when shopping. At this time of year, this is at its peak, but a solution to the endless queues might currently be in development.

The research Argos conducted revealed some interesting points about what the majority of Britons expect high streets to look like in 50 years. Some of the developments they expected include…

As a result of these findings, Argos decided to trial the high street “fast lane” outside its main Liverpool city centre outlet. This is the first trial of its kind in the UK. Although the whole concept could probably be classed as a marketing ploy rather than a genuine peek into a futuristic world. It shows that we’re already starting to adapt based on our expectations of the future.

This only reiterates a point we’re big supporters of – as long as you have a long term strategy that’s consistent, changing things up every now and again is a great thing. Only by experimenting can we figure out what’s next in the world of retail. So why not start implementing your futuristic plans today? At Valentino’s Displays, we have everything you need to give your shop fittings, displays, clothes rails and everything else the makeover they might be in need of. If you’d like customers to take the “fast lane” straight to your checkout desk, chances are we have everything you need. If you’re not sure simply get in touch any time. 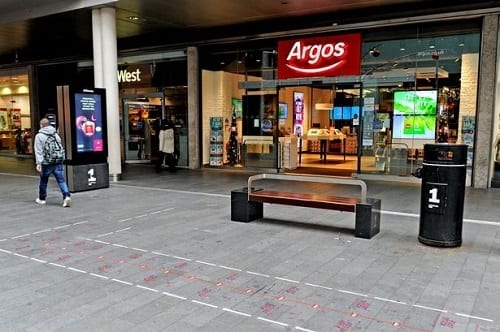