Shop mannequins in the UK were recently criticised for being too thin. Well, a display in South America is attracting a different kind of controversy. A window mannequin display of pregnant schoolgirls at a Caracas mall in Venezuela is shocking shoppers and stirring debate over sex education. 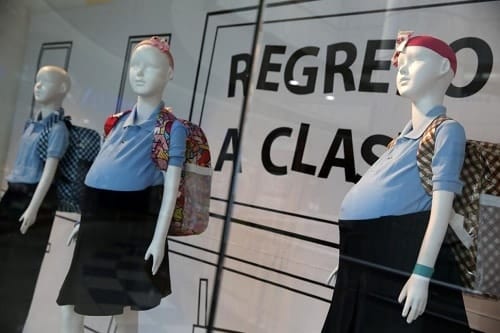 A Venezuelan shop window that shows mannequins of pregnant schoolgirls has shocked local shoppers in the country’s capital Caracas and has sparked debate over the nation’s rising teenage pregnancy rate.

The mannequins are dressed in local school uniforms as worn by schoolchildren in the country until the age of 15. These were dressed as part of a back to school display. 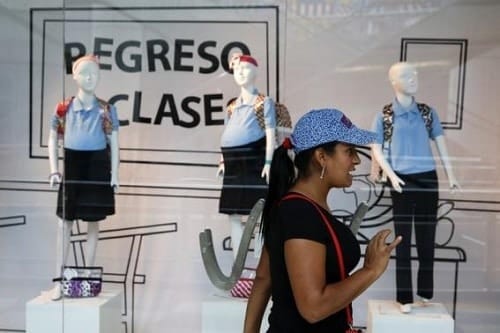 Fundana and Construyendo Futuros, the charities behind the campaign, claim shock tactics are needed to control teenage pregnancy in Venezuela. This is the highest in South America, with 23 percent of all babies born to a girl under-18.

The display runs for a month and may be extended to other malls around the nation of 30 million people.

It comes days after a United Nations women’s rights watchdog expressed “deep concern” to Venezuela about the high number of teenage pregnancies and associated maternal mortality.

Maternal mortality was 92 per 100,000 live births, which is around mid-range for the region.

What do you think of this mannequin display? Is it right or wrong? Will other countries adopt the same tactics to increase awareness?