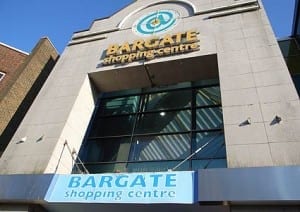 Councillor Royston Smith said the plans “are in the early stages”. Parkridge was unavailable for comment. Mr Smith, cabinet member for economic development at Southampton City Council, has been in talks with Parkridge Holdings. He said: “We will not expect to see something come forward too soon.

“Most people would suggest that the Bargate is now not at the top of its game anymore and it would be considered a prime redevelopment opportunity. “We are in this dreadful economic situation now – it is good that people have the vision. “Southampton City Council told BBC News the move would be subject to planning permission.

The shopping centre is deemed surplus to requirements especially since West quay shopping centre opened up in Southampton. Most shoppers head straight to West Quay if they need to browse the shops around the city this is because some of the biggest UK shops are all under one roof. This has led to retail stores closing within the Bargate and an overhaul is being considered to encourage economic growth within the city.