Cecil, The Mannequin In The Phonebox

We at Valentino’s Displays are pretty sure we have seen this mannequin display before but not in a phonebox! We usually sell him in a cardboard box! This flesh-tone male mannequin in Weston has caused a stir on social media by its unusual display and the various costumes this fibreglass mannequin is dressed in! Not to mention the fact that he is stood in a telephone box in a garden.


His name is Cecil, and he was put into a telephone box in a front garden by his owners Jayne Corrigan and her partner Martin Townley.

“I hope he brightens people’s days.” Cecil the mannequin torso also has his own dedicated Facebook page called Cecil The Dude In The Phonebox. Jayne is accepting donations of costumes and can be contacted via the Facebook page.

This reminds us of a blog post we did back in May 2014 about a lady called Suzanne Heintz and her story of her artificial mannequin family. What do you think of this male mannequin display?? Not quite the shop window display we are used to seeing but I suppose it’s unique, eye-catching and people are talking about it so it’s working! 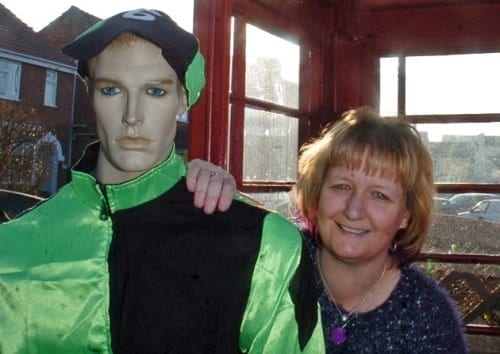