Industry data has shown that British retailers suffered the worst Christmas since the financial crisis struck in 2008. Like-for-like retail sales fell by 0.4pc in December 2014, as retailers struggled through tough trading conditions after offering major discounts at the end of November, for Black Friday. 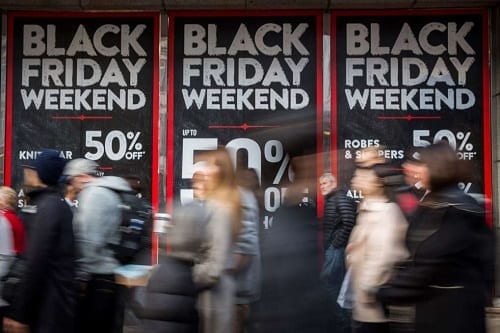 
Because the Black Friday discounts fell at the end of November, it disrupted the timings of Christmas spending, with many people choosing to get their shopping out of the way early. It also led to an increase in demand for home delivery services, which were also disrupted due to the Black Friday frenzy. This concerned consumers who were sceptical about ordering items online in case they did not arrive in time for Christmas day – as a result, online sales only saw a 7% increase.

It’s clear that such steep discounts in the lead up to Christmas have taken their toll on the high street. It would seem that the discounting of many products got consumers through the doors, however, it wasn’t enough to increase profit. Because of the heavy discounts consumers had received on Black Friday it left a lull in sales between the sale frenzy and Christmas week. It was until Christmas week when prices were reduced again that sales picked up.

Despite the mixed spending patterns and mixed results from retailers, a number of retailers have confirmed that they experienced a positive Christmas period and the launch of the Boxing Day sales saw some exceptional spending, with some fashion retailers seeing attaining a double-digit growth.

Although the outcome for December was mixed for most retailers, we’re staying optimistic that 2015 will be a good year for the high street as the economy starts to pick up.